Many people are faced with periotic drug testing at their jobs. This has led to many questions about kratom and drug tests. Will this herb be flagged as an issue when being subject to a drug screen by your employer? We will answer this question and much more in this blog.

Most employers will ask you to undergo a drug test for employment. This is the most common reason that a drug test is requested. With that said, companies will often seek out the least expensive option. Drug screens typically consist of “panels” that look for the different types of substances. 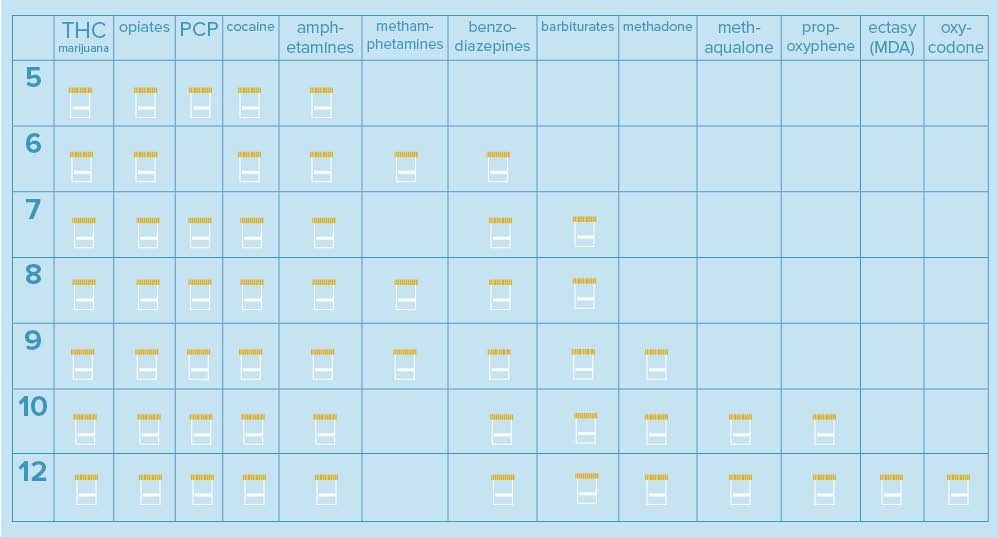 Most employers will seek the least expensive of these tests, which happens to be the 5-panel drug screen. This panel looks for THC, Opiates, PCP, Cocaine, and Amphetamines. This is considered “standardized drug testing” and can cover many of the most commonly abused illicit substances or Schedule 1 substances.

The most comprehensive panel is the 12-panel. This is the most expensive test and also covers the most substances including THC, Opiates, PCP, Cocaine, Amphetamines, benzodiazepines, Barbituates, Methadone, Methaqualone, Propoxyphene, Ecstasy, and Oxycodone. This particular screen is mostly used to detect prescription drug misuse and detects the widest array.

While most agencies choose the standard 5-panel if there are high suspicions, any of the additional checks can be added, including kratom, certain antidepressants, Quaaludes, or buprenorphine. This is up to the description of the tester and can be altered to meet the needs.

Kratom is not typically searched for on a standard drug screening. As it is an herbal product, it does not produce any of the substances listed above that traditional drug screens assess for. HOWEVER, a drug screen can have kratom added to any of the panels to see if they have been used, especially in areas where it is banned, regulated, or outlawed.

Will Kratom Show Up On A Drug Test?

The short and easy answer is no. However, an employee or parole officer may add kratom to the list of things being screened for. So, while it is not part of a standardized test there is the possibility of adding it on.

The best policy is to not take kratom if you are worried about it being flagged on a drug screen. You never want to be in a situation where your job is in question because kratom showed up on your drug test.

Keep in mind that adding anything to a drug test will require more money, so most employers will not be willing to pay the extra money to see if you are taking kratom. Also, keep in mind that kratom is not well known. Most people you meet will have no clue what kratom is. Because of this, you will find that most drug tests will not include kratom.

Kratom is an herb that is made from the leaves of the Mitragyna speciosa tree. The plant is native to Southeast Asia and grows best in hot and humid climates. The leaves are harvested, dried, and then can be used to make forms of powders, extracts, tinctures, or placed into capsules.

As the kratom leaves age, the veins down the middle turn from white to green, and finally red. The stage of life that the leaf is picked will determine the color of the vein. The longer it is left to mature, the darker the vein color, the more mature the plant, and the higher the alkaloid count. Kratom comes in many different strains, which will provide a variety of support. It all comes down to personal preference when trying to choose a strain of kratom.

You can typically find kratom offered in capsules, tablets, powders, and liquid extracts. Most vendors will offer capsules and powder. Liquid forms of kratom are a little harder to find. This again, will all come down to your preference. Always check in with your medical doctor before you make a purchase of kratom. They are the only ones who can give you advice on strains and dosages. If kratom is not right for you, they will be able to make other recommendations.

Kratom is not illegal on a federal level. In 2016, the DEA attempted to classify kratom as a Schedule I substance. This would make it illegal to possess, utilize, be sold, or study for research purposes. The DEA began the endeavor but did not finish the process, and thus it is not currently federally illegal.

Kratom is illegal in certain states. In Alabama, Arkansas, Indiana, Rhode Island, Vermont, and Wisconsin, the states have created specific laws to ban this herb from use. In addition, there are certain areas of the country where it is also illegal by locality.

Where kratom is not illegal in the areas above, it can be found in vape, smoke, head, or specialty stores where it can be purchased. Most areas require you to be of at least 18 years of age to purchase.

When in doubt, you should not use any products or substances that you are concerned about showing on a drug test. While kratom is not generally checked for and SHOULD be okay, there is no way to tell what specific substances are being checked for in addition to the standard panel.